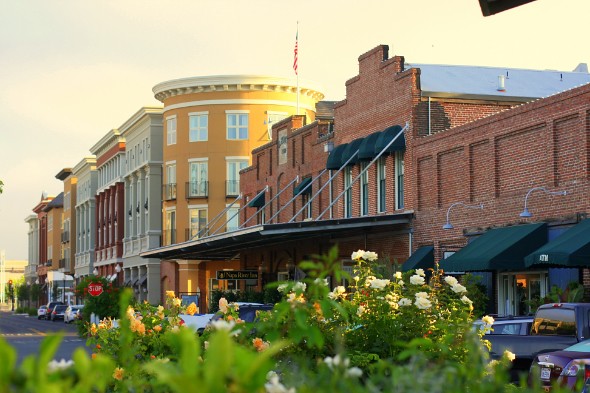 While the recent 6.1 magnitude earthquake that rattled Napa brought the sleepy wine country city to a halt, city and county officials are stressing that the city and county of Napa is open for business and can accommodate tourists and visitors as usual.

People unsure about visiting Napa, or who already have reservations but aren’t sure if their plans will be affected, should check this list provided by Visit Napa Valley that includes many restaurants, wineries, hotels, and otherwise. If you don’t see a certain business, please call the business directly.

We look forward to seeing you in Napa. 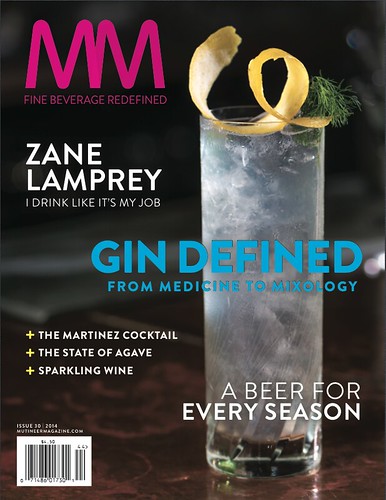 Another issue of Mutineer Magazine and another opportunity to share beverage stories from around the world that we hope will inspire you, dear reader, to look differently at the beverage in your glass and to seek out beverage related experiences whenever possible.

In this jam-packed issue of Mutineer, we chatted with some of the most interesting people in beverage, including the people’s champion himself Zane Lamprey. We also stop to take a look at some of our favorite beverages like gin and sherry, and even a throwback to the origins of lemon soda. Kickstarter? Yeah, we’ve got that as well as we highlight a few of our favorite beverage related Kickstarter projects to have surfaced over the last few years.

As always, we appreciate your coming along with us on this beverage fueled adventure and we hope to share a drink with you soon.

The 2014 Issue of Mutineer Magazine brings you:

The People’s Champion of Beverage has a tough life, traveling the world and reporting on drinking customs and cultures from countries around the world. We’ve seen him several times since he first exploded onto the scene with Three Sheets and now, thanks to Kickstarter, he’s back and traveling the world by train bringing us all new drinking adventures.

Gin Defined: From Medicine to Mixology

Gin is a spirit with an illustrious past and one that has taken nods from all around Europe and beyond, becoming what we know it as today. In Gin Defined: From Medicine to Mixology, beverage writer Emily Hutto takes an in-depth look at gin with what it once was, was it has become, and what it continues to evolve into. 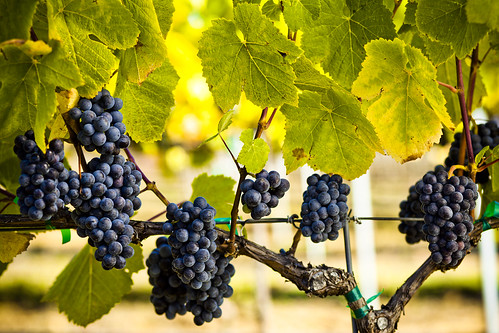 La Crema Winery is putting winemaking in the hands of consumers with its new digital experience, Virtual Vintner™, which launched on August 11, 2014. Participants can embark on a “choose your own adventure”-style winemaking journey, making decisions about the varietal, specific vineyard, wine name, and more. With interactive features like food and wine pairing tips, quizzes and educational videos from winemaker Elizabeth Grant-Douglas, Virtual Vintner™ is meant for wine enthusiasts of all levels.

Help La Crema create their first crowd-created wine, from vine to bottle, by heading over to vv.lacrema.com today.

What People Drink with Lil Bub 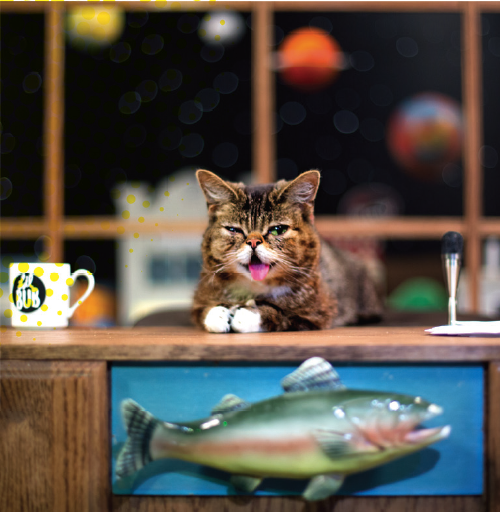 Lil Bub is a worldwide phenomenon with a unique voice in a vast sea of Lolcat memes and kitty videos. A perma-kitten and intergalactic traveler, Bub has taken the Earth by storm. She is the underdog that came out on top, and is doing what she can to give back. Mutineer Magazine had the chance to talk with this special kitty to find out how she is adjusting to life on earth, her famous friends, and about her upcoming projects.

You aren’t able to drink in the conventional feline style. Can you tell me how you drink your fine beverage?
Hi. It’s me BUB. About 10 months after landing on Earth, I gave up on drinking. I like the taste, but hate the task. So as a solution I convinced my dude to just start mixing the water in with my food, creating what I like to call BUB SOUP. Soup is a brilliant thing. It allows you to drink and eat at the same time, leaving more time to save the planet and stuff like that. END_OF_DOCUMENT_TOKEN_TO_BE_REPLACED

Comments Off on What People Drink with Lil Bub 08.13.2014 | Mutineer Magazine
Tweet

I’m sure if most of us could, we’d quit our day jobs and start our own wineries. Luckily for us, La Crema Winery has a plan to turn this dream into a virtual reality. Starting on August 11, 2014, join winemaker Elizabeth Grant-Douglas and help create the next varietal for La Crema with their Virtual Vintner™ Program. Once you sign up, you’ll learn about the winemaking process by participating in important steps like picking the varietal or choosing the type of barrel.

Want to help La Crema create its first crowd-sourced wine? Head over to vv.lacrema.com to learn more about winemaking and let your voice be heard. 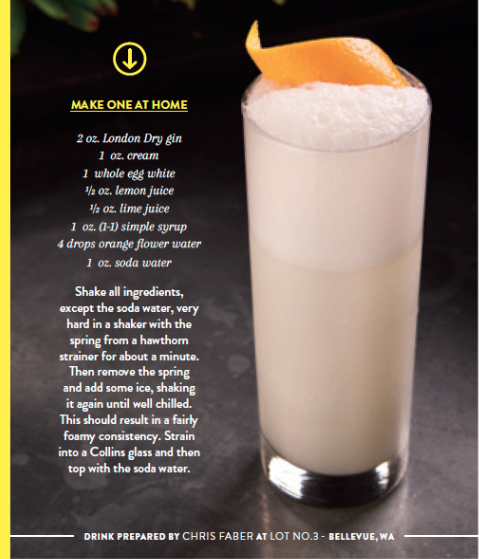 As far back as the early 1700s, there has been a strong drinking ethos surrounding New Orleans. In those early days there were simple and straight forward drinks being served. Then in the 1800s various “Coffee Houses” opened up, and it was from these times that the ever classic Sazerac was born. Our modern times however have ushered in the almost frat-house revelries which surround Bourbon Street and the high-octane frozen daiquiri machines which seem to be on each corner. Let us forget that for the moment, and instead look back to a time just prior to American prohibition.

The Ramos Gin Fizz is one New Orleans drink which you may have heard of, but perhaps haven’t had the opportunity to try. It dates from the 1880s, when it was created by Henry C. Ramos, a famed bar owner of the day. He had what might seem to be a unique, and perhaps even contrary position in regards to how he ran his bar. Oddly enough, it is said that he embraced the popular notion of temperance, or drinking only in moderation. A drunkard horrified him, and if one of his customers was known to be drinking too much, he would be asked to stay away from the bar until he was able to get himself under better control. And unlike many bars, Mr. Ramos shut his doors promptly at 8pm so his customers could spend a proper evening at home with their families. While he would also have preferred to remain closed on Sundays, it was only due to his customer’s insistence that he reluctantly ended up opening. His Sunday hours however were for only one hour in the late morning, and one hour in the early evening, any more than that he felt, would be inappropriate. When Prohibition was passed in 1919, like all bars Henry Ramos shut his doors. But unlike many establishments, he refused to even consider a speakeasy or other form of underground operation. Prohibition was the law of the land, and Mr. Ramos would never go against that. END_OF_DOCUMENT_TOKEN_TO_BE_REPLACED 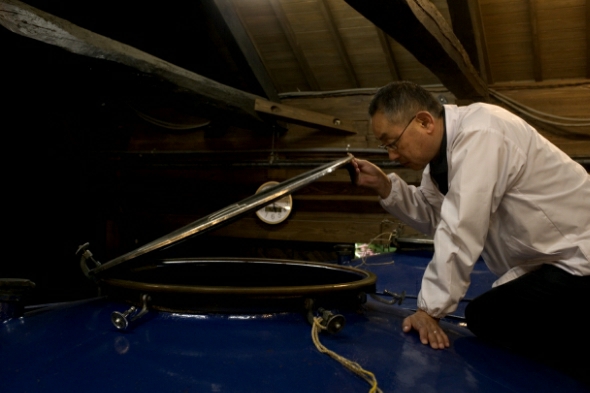 Saké is an alcoholic beverage brewed from rice. So what is shōchū? It all started in the Middle East with an ancient spirit called arak. This traditional beverage is distilled from grapes and infused with aniseed. Arak served as a base beverage concept that evolved as it spread around the world. It was brought over to Asia where it transformed into lao lao in Thailand. When it arrived in Okinawa, Japan, the crafts of distillation and rice kōji-making combined to form awamori. The art of making spirits arrived to mainland Japan in Kagoshima about 500 years ago. Local ingredients were combined with the ancient craft, and shōchū was born!

The use of kōji mold is what separates shōchū from other spirits. Yellow kōji produces the flavors, fermentable sugars and lactic acid in saké. Shōchū production uses black kōji which is a strain indigenous to Okinawa. Black kōji also produces fermentable sugars, but with a different set of flavors and citrus acid. When spirit production arrived in Japan, with it came black kōji. Long grain rice used for Okinawan awamori was replaced with Japanese short grain rice. Kagoshima’s famous sweet potatoes and other starchy grains like barley are also used as the main ingredient.

Just like saké, shōchū quality suffered during World War II. The idea was to produce the maximum amount of alcohol with the minimum amount of ingredients. Column stills were used to produce high proof alcohol that would be diluted down to produce cheap flavorless shōchū. This vodka-like shōchū is still made today in automated factories and used as a cocktail base. END_OF_DOCUMENT_TOKEN_TO_BE_REPLACED

Comments Off on What is Authentic Shōchū? 07.29.2014 | Mutineer Magazine
Tweet 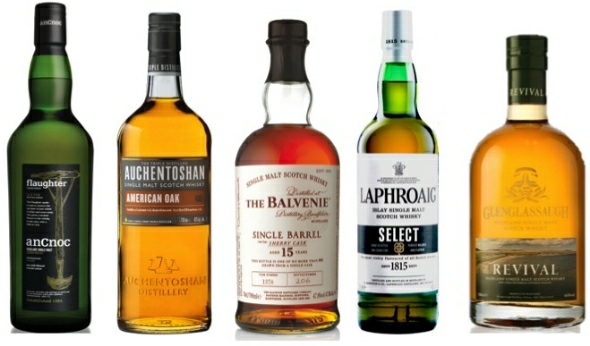 With July 27 being National Scotch Whisky Day, we couldn’t think of a more appropriate time to highlight several new Scotch Whiskys that have recently popped on our radar.

Scotch, obviously, comes from Scotland and, more specifically, is produced in five regions: Highlands, Lowlands, Speyside, Islay, and Campbeltown. Through a combination of terroir, heritage, and technique, each region produces whisky with distinct qualities and characteristics of that region. While not all regions are represented below, here are a few new whiskys we recommend trying.

anCnoc Flaughter
anCnoc (pronounced a-NOCK) recently released two new expressions that are all about the peat. Flaughter (pronounced FLAH-ter) is named after the Flaughter spade used to remove the top layer of peat which is richer, more rooty and produces more peat reek. Flaughter is part of a Limited Edition Peaty Collection that explores the bolder, smokier aspect of their classic Highland flavor in three different expressions. Pale gold in color, Flaughter is heavy on the peat, weighing in at 14.8 PPM of peat. It is robust and earthy and full of warm smoke, fruit, and honey.

Auchentoshan American Oak
Released in May 2014, Auchentoshan American Oak is a triple distilled single malt aged in first fill bourbon casks hailing from one of the Lowland’s last remaining distilleries. This is a great whisky for someone looking to get into scotch, especially if they already enjoy bourbon as notes of vanilla and caramel are readily available much like one might find in American whiskey. The level of smoke on this is low so it’s a great scotch to introduce to those who are still unsure how they feel about peat smoke.

The Balvenie 15 Year Old Single Barrel Sherry Cask
Balvenie, the Speyside Single Malt Scotch distillery famous for their DoubleWood, has announced their newest release: The Balvenie 15 Year Old Single Barrel Sherry Cask. Much like their original Balvenie Single Barrel 15, each bottle will denote the barrel number it came from and what number bottle it is from that barrel. As I have personally found between different bottles of Balvenie Single Barrel 15 from different barrels, as well as having nosed casks in Speyside, the variation between casks is enormous. For this release, no more than 650 bottles will be drawn from each European oak sherry butt, which this whisky has been exclusively aged in for at least 15 years. Looks for notes of dried fruit and nuttiness coming from the Oloroso sherry casks.

The Glenglassaugh Distillery Revival
Making its American debut is Glenglassaugh and their Revival Single Malt Scotch Whisky. Appropriately named, Revival is the first whisky from the re-born Glenglassaugh distillery which was first opened in 1875 and mothballed in 1986 until production resumed in 2008. Revival is aged in a mix of ex-red wine and first fill bourbon casks before being finished in rich sherry casks and bottled at 46%. Look for notes of orange, sherry nuttiness, charred oak, and honey.

Laphroaig Select
Laphroaig, the Islay distillery known for the smoky peat and essence from the sea characteristics of their scotch, has just released a new expression: Laphroaig Select. Laphroaig Select takes some of their benchmark offerings–Quarter Cask, PX Cask, Triple Wood and Ten-Year Old Casks–and blends them together to create a whisky that creates a harmony of peat, oak and sweetness. To finish, during the peak of Scottland’s summer, final maturation takes place in new American Oak, which is rarely used in Scotch.