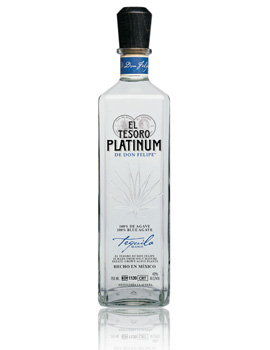 The fine people over at El Tesoro sent us these Halloween cocktails, and being the upstanding blog we are, we decided to share them with you all.

– Fill a tall shot glass with El Tesoro Platinum Tequila. Add a few drops of Tabasco and stir gently. Lick some salt off your hand, drink the tequila, and bite the lime, and them scream at the top of your lungs. END_OF_DOCUMENT_TOKEN_TO_BE_REPLACED 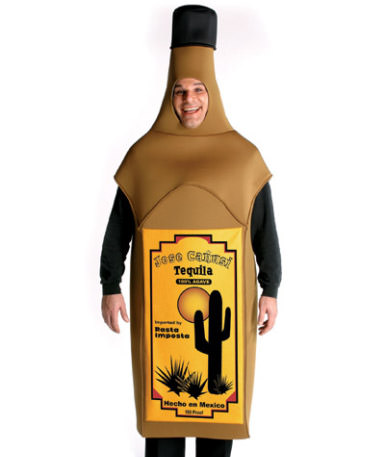 This costume is pretty awesome. Tequila has a reputation for making parties extremely fun, so why not capture that spirit in a Halloween costume? The guy modeling the costume here looks like he is loving it, so that is a good sign. I really can’t see how this costume can go wrong. 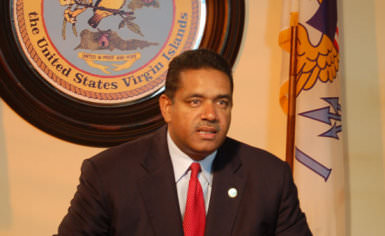 “This Agreement, when ratified by the Legislature of the Virgin Islands, marks the greatest single financial step forward we have taken in this Territory in fifty years.” That is Virgin Islands Governor John P. deJongh, Jr. talking back in June about beverage behemoth Diageo’s plans to build a distillery on St. Croix. END_OF_DOCUMENT_TOKEN_TO_BE_REPLACED 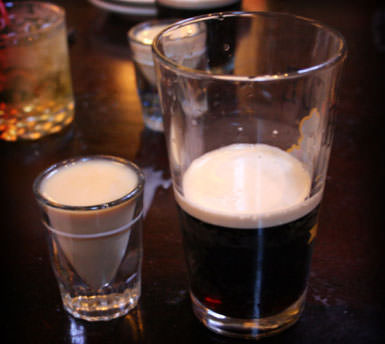 I was in New York a couple weeks back hanging out at an Irish pub, and I ordered an “Irish Car Bomb”.

Irish Car Bomb 101:
You fill a shot glass with half Bailey’s and half Irish Whiskey, and you drop the shot glass into a half pint of Guinness Beer. Immediately after dropping the shot glass you must chug or suffer the fate of a curdled drink. END_OF_DOCUMENT_TOKEN_TO_BE_REPLACED 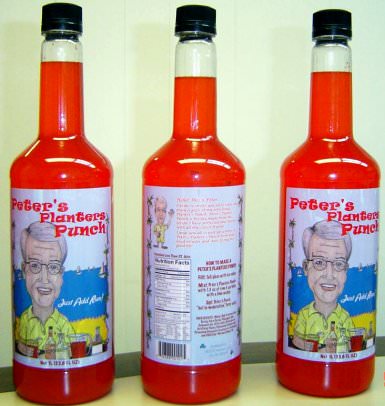 Wait, what is planter’s punch? It is a traditional rum punch made with fruit juices, grenadine, curacao, and bitters. That is a lot of stuff to lug out to the beach, so Steve Shaw Jr. and his company SDS Enterprises have created a pre-mixed version that sells for around $4 a bottle. Right now it is only available in Florida, but the Internet savvy can probably procure a bottle.

This is one of the more psychedelic alcohol advertisements I’ve seen. It’s being pushed on the Internet right now, and consists of lame guys taking magic pills allowing them to turn into Kanye West (ten-time Grammy Award-winning rap artist) and hook up with beautiful women. What’s better is at the end, it says “A Vision by Kanye West”. That’s what I love about Kanye – he doesn’t have an ego. I mean sure he put together an ad that has guys taking drugs to turn into him, but beyond that he is totally grounded. END_OF_DOCUMENT_TOKEN_TO_BE_REPLACED

Pocket Shot: Another Piece of the Puzzle of Our Own Self Destruction 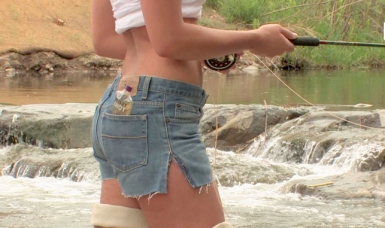 This just in from Beer Mutineer JJ Bagley at the Great American Beer Festival in Colorado: They’ve taken Capri Sun juice box packaging and applied it to alcohol. I guess the old standard “mini-bottle” commonly found in airplanes and hotel rooms doesn’t provide the stealth-ness or usability for “consumers with an active lifestyle”. END_OF_DOCUMENT_TOKEN_TO_BE_REPLACED

Comments Off on Pocket Shot: Another Piece of the Puzzle of Our Own Self Destruction 10.12.2008 | Alan Kropf
Tweet

Sub Rosa’s Saffron Vodka is INSANE. Can you drink it straight? Sure, but only if you like drinking vodka straight. I personally don’t, so I look to cocktails to be the vehicle that brings me to the land of saffron awesomeness. END_OF_DOCUMENT_TOKEN_TO_BE_REPLACED