Zima Discontinued: “We Must Unite” 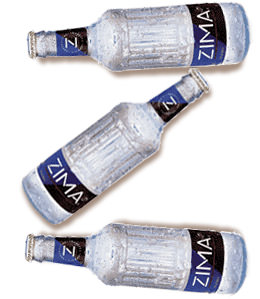 In case you didn’t hear, MillerCoors decided to discontinue Zima, a malternative alcapop beverage popular amongst vagrants and minors. If you’re a Zimaniac, you’re going to want to stock up, because supplies are expected to run out in December. END_OF_DOCUMENT_TOKEN_TO_BE_REPLACED 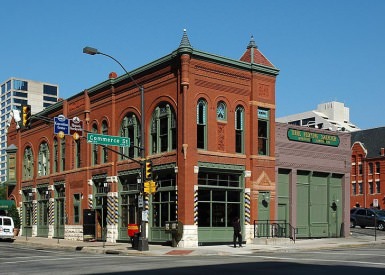 I headed out to Dallas last week to get an idea for what the beer scene was like, and how it has changed since my departure five years ago. After landing I took off to Fort Worth to spend some quality time at The Flying Saucer. This place had a great selection of beers available and after several of these beers the night ended and slurred into the morning. END_OF_DOCUMENT_TOKEN_TO_BE_REPLACED 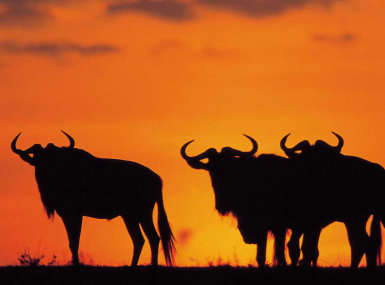 This is kind of like “Lion King” except all the animals get pretty wasted after eating fermented fruit. In case you didn’t get the memo, this week has become “Drunk Animal Week” here on MutineerMagazine.com. END_OF_DOCUMENT_TOKEN_TO_BE_REPLACED

There is nothing magical about the creation of alcohol. Fermentation can happen naturally, and in this case some old pumpkins fermented into some pumpkin brew for this squirrel to indulge in. END_OF_DOCUMENT_TOKEN_TO_BE_REPLACED 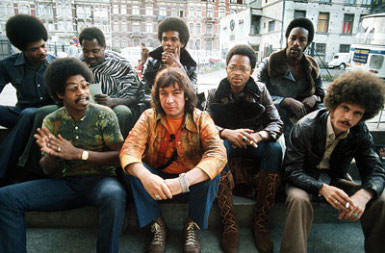 I’m gonna come clean. I always thought this was an Animals song, because I’ve always listened to it on the Animals: Retrospective album. Further research has shown that this song is actually Animals singer Eric Burdon with War, the band known for “Why Can’t We Be Friends” and “Lowrider”. END_OF_DOCUMENT_TOKEN_TO_BE_REPLACED

Mickey’s Is Onto Something Here

Mickey’s Fine Malt Liquor has outdone themselves with an “under-the-cap puzzle creator” that allows users to make their own psychedelic visual puzzles under the cap.

Here is the web ad that rocked my world: 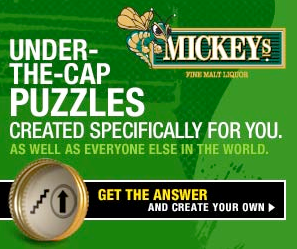 END_OF_DOCUMENT_TOKEN_TO_BE_REPLACED

So, is there a shortage of sex-fueled images to use in beverage print advertising? If so, I would like to volunteer myself to help rectify the situation.

Here is exhibit A for your consideration: Stating The Obvious Champagne Linked To Seduction

This is an ad that was banned for being too sexual. END_OF_DOCUMENT_TOKEN_TO_BE_REPLACED

Pepsi Raw, I Want Some Now 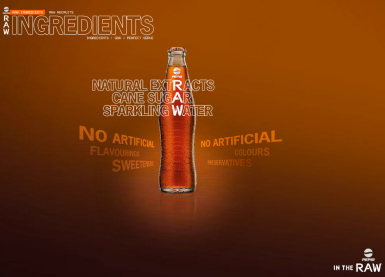 I haven’t seen Pepsi Raw available for sale in the United States. As far as I know, it is only being sold in Europe, but I do hope it makes it over here soon. It’s basically everything you love about Pepsi, just with more awesome.

For starters, it is made from all natural ingredients, including cane sugar, apple extract, caramel color…you get the idea. It comes in a super futuristic bottle, and the website has spiffy recipes to point out the full potential of Pepsi Raw.

Consider this, the “Tequila and RAW”: No salt, no lime, just the distinctive taste of Tequila unmasked by Raw’s unique natural flavours. A slow drink to be savoured.

This stuff is for real, I just hope it survives the British gauntlet and makes it over here to the good ol’ US of A.