Featuring an interview with the great Randall Grahm of Bonny Doon, a killer limited release beer article by Beer Editor Brian Kropf, and a rock solid line-up of articles to round the issue out. Featuring Marina “Hot For Words” Orlova on the cover, the Issue #8 preview came in as the #6 most viewed blog of 2009. END_OF_DOCUMENT_TOKEN_TO_BE_REPLACED

I must admit that I’ve never really understood the logic behind light beer. It just seems silly to me. With the 7th most viewed Mutineer Blog post of 2009, silly got sillier with 55 calorie beers entering the conversation compliments of Anheuser Busch. END_OF_DOCUMENT_TOKEN_TO_BE_REPLACED 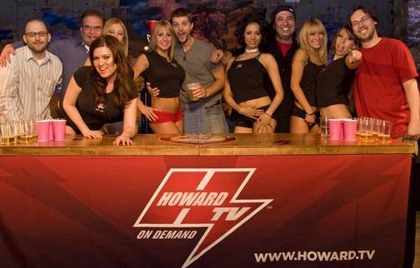 This is one of two beer pong related posts in the 2009 Top 10, but it’s the only one that features strippers. Howard Stern brings together strippers, beer pong, and creepy guys in what was the #8 most viewed blog of 2009. END_OF_DOCUMENT_TOKEN_TO_BE_REPLACED 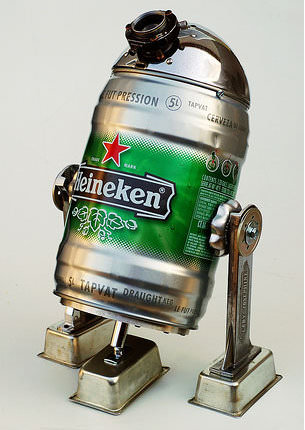 The typical Mutineer Magazine reader enjoys the simple things in life, such as this Heineken Mini-Keg turned futuristic R2-D2-esque robot creation that doesn’t do a heck of a lot but has been rumored to have been outlawed due to its force-like powers over both womenfolk and fanboys. END_OF_DOCUMENT_TOKEN_TO_BE_REPLACED 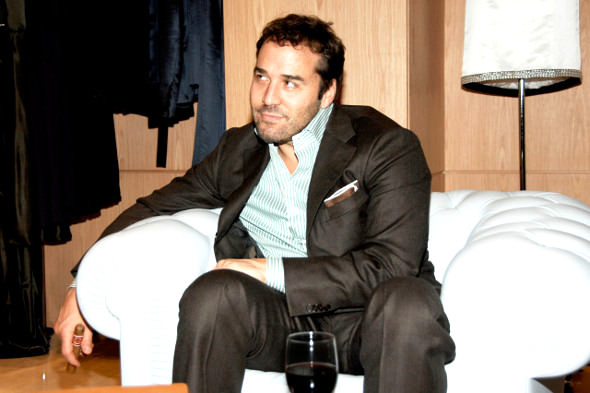 Jeremy Piven (Ari Gold) kicking it with a cigar and red wine, looking like he just got rolled by a prostitute.

Most everyone loves fine beverage, including the cast and characters of HBO’s Entourage. Coming in at #10 on the Mutineer list of our most viewed blogs of 2009 is this nostalgic look at some magical beverage moments with the cast and characters of this show based on the true story of Mutineer Magazine…we think… END_OF_DOCUMENT_TOKEN_TO_BE_REPLACED If you’ve been following the Mutineer blog for some time, you’ll know how much I despise drunk driving. The good news is that “Y Drive LA” might just be the perfect solution to the drunk driving problems that plague LA. The idea is pretty crazy, but it works: you get wasted at your office holiday party, you call “Y Drive LA”, and a person shows up to drive you home in your car. BRILLIANT! But wait, what happens when you are dropped off at your house in your car? How does the chauffeur get home? Well, your driver has cleverly stowed a motor scooter in your trunk and will scoot off to his next job.

Sounds expensive, right? Nope. Prices for central areas range from $38 to $45, which may be a bit more than a taxi, but you have to consider that now you don’t have to go retrieve your car in the morning, which is a hell of a trade off.

I love this idea and applaud the fine people at Y Drive LA for addressing the drunk driving problem in LA in such a positive and practical way.

Crazy Old Man Does One Handed Stand on a Wine Bottle…FTW!

This is a video of a guy balancing on a wine bottle with a bunch of people all around. Now, I know what you’re thinking, “Cool, look at the street performer!”, but I’m pretty sure this isn’t a street performer. Where is his standard street performer tipping receptacle? I think this is some guy that does crazy stuff for no reason. Or to impress the ladies. That said, I’m very into it and salute crazy-old-man-that-does-one-handed-stands-on-wine-bottles-guy. Bravo!