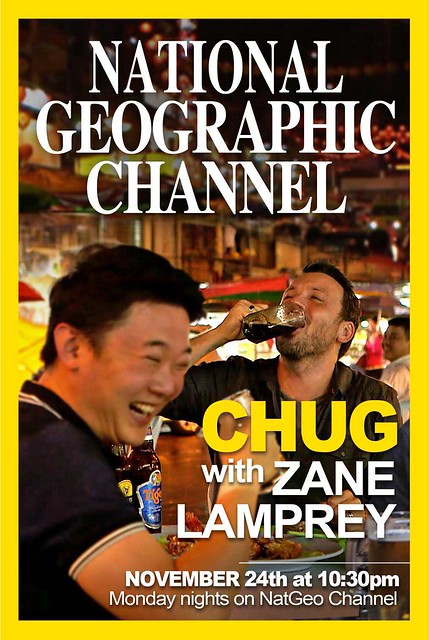 A lot has happened with Zane Lamprey since he first graced the cover of Mutineer when we interviewed him in early 2009. We interviewed him again just several short months ago and it seems like quite a bit has happened even since then. Most notably is that his new show, CHUG, will premier tonight on National Geographic.

Zane has always had a great show, whether it was Three Sheets or Drinking Made Easy, and he alway had a great following. But he also had a hard time finding a permanent home for his show, and that’s probably because it’s hard to convince a conference room full of suits that it’s a good idea for them to endorse a show about someone drinking his way around the world. One way or another, he convinced National Geographic and his new show CHUG, the product of a successful Kickstarter campaign, debuts tonight. The premise of the show is simple: Zane will arrive to unique destinations around the world by train to explore the local drinking culture. Sounds like a winning combination to me.

If that wasn’t enough, Zane also has a Kickstarter running right now for his new project: The Drinking Jacket. END_OF_DOCUMENT_TOKEN_TO_BE_REPLACED 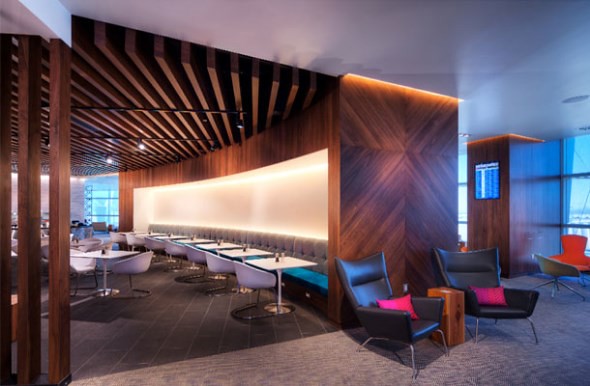 San Francisco International Airport joins the ranks alongside Dallas-Fort Worth and Las Vegas as calling home to an American Express Centurion Lounge. With no expense spared, AMEX has teamed up with the best for food, cocktails, and wine. For food, there is Chef Christopher Kostow, chef of Napa Valley’s Three Michelin Starred The Restaurant at Meadowood. For cocktails, they’ve got Jim Meehan of New York City’s Please Don’t Tell. And for wine, they have Food & Wine’s Anthony Giglio. Together, they’ve put together an incredible menu that will help free away the stress from even the worst travel days.

Chef Kostow’s food focuses on Napa Valley-style cuisine, with an emphasis on seasonality. I’ve had the opportunity to sample the food and it is a far cry from the food one would typically find in an airport; even in an airport lounge. In short, the food was great, especially the slow roasted pork shoulder in apple lees vinegar. The kitchen is also a real kitchen, visible to patrons in the dining room, which is a bit unusual for what you’d find in an airport, but transparency was important for Chef Kostow. The full food menu can be seen here. END_OF_DOCUMENT_TOKEN_TO_BE_REPLACED 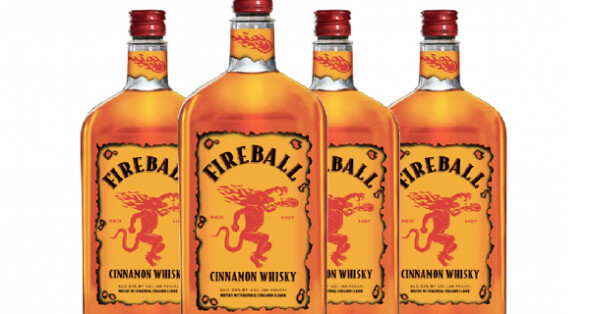 Fireball Whisky is feeling some heat after some North American product found its way to Europe. While perfectly safe to drink, the North American Fireball wasn’t in compliance with local laws in Europe where a slightly different recipe is needed. The culprit? Propylene glycol. Propylene glycol is “generally recognized as safe (GRAS)” by the U.S. Food and Drug Administration up to 50 grams per KG, with Fireball containing less than 1/8th of the amount allowed by US FDA regulations. Propylene glycol is used in many different products, including products we consume like soft drinks, sweeteners, some foods and alcoholic beverages.

While there isn’t an issue in North America, there was in Finland, Sweden and Norway who have asked Sazerac, the parent company of Fireball, to recall those specific batches, which will be replaced within three weeks.

The damage, however, has been done with articles like “Fireball Whiskey Recalled In Europe For Containing Too Much Of A Chemical Used In Antifreeze” spiraling like wildfire across social media, prompting Sazerac to quickly work to dispel them. “All Fireball formulas are absolutely safe to drink and the use of PG in Fireball creates no health risk whatsoever,” said a company representative. “There is no recall in North America. Fireball fans can continue to enjoy their favorite product as they always have.” College students everywhere were certainly worried about potential health risks but were quickly put at ease after assurances by the company. 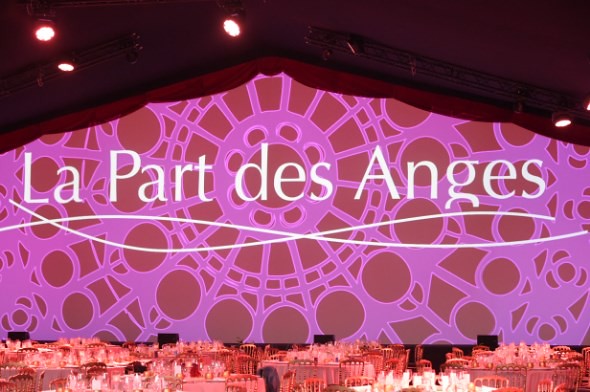 The Bureau National Interprofessionnel du Cognac (BNIC), the trade board responsible for promoting Cognac and its producers, recently held their annual La Part des Anges (The Angel’s Share) auction, raising a large amount of money for charity while auctioning off some world class Cognac to discerning buyers. In its 9th year, Cognac connoisseurs, retailers, trade, and members of the media from around the world congregated at the beautiful Abbaye de Bassac in the Charente region of France. The Abbey, founded in the 11th century, provided a stunning backdrop for the auction and one that would be fit for a queen. Or, perhaps, Sarah, Duchess of York, who was in attendance as her charity Children in Crisis was one of the two beneficiaries for the night’s auction lots. The other was Restaurants du Cœur (Restaurants of Love), which works to provide meals for the needy.

Each lot included just one bottle, aside from a select few like the lot from Prince Hubert de Polignac, which was a demi-john’s worth of late 1800’s Cognac that would fill 12 bottles. 25 unique and incredibly limited Cognac lots were offered, many coming in one-of-a-kind Baccarat and Lalique decanters and could leave home with anyone so long as they were the lucky high bidder. END_OF_DOCUMENT_TOKEN_TO_BE_REPLACED 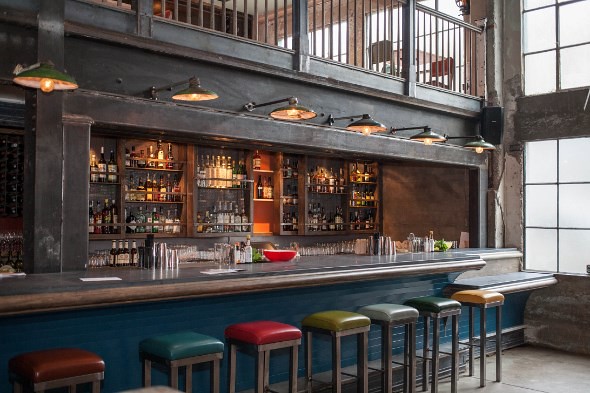 Drinks International recently released their list for the World’s 50 best bars as voted on by 330 international industry experts. The 2014 winners include bars from 27 cities in 14 countries with 14 new entries. 16 of the winners are from right here in the United States. While 14 new entries found their way to the list this year, it was the third straight year that London’s The Artesian, located in The Langham Hotel, topped the list at number one. 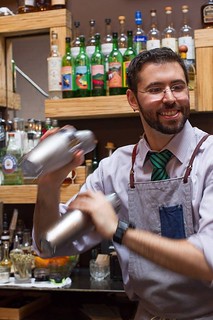 “I am extremely honored and excited to have the Hurricane Caesar selected as the Official Cocktail of Tales of the Cocktail. As a huge rum nerd, it’s mind-blowing to know that Beachbum Berry, Wayne Curtis, and Ian Burrell chose my drink,” said Joe Cammarata.
END_OF_DOCUMENT_TOKEN_TO_BE_REPLACED

Here at Mutineer HQ, we are all about cheering on beverage entrepreneurs and their efforts to bring something new to the table. Kickstarter is a great resource for people to bring their ideas to life. The latest project to capture our attention is from Secret Squirrel Cold Brew Coffee out of Los Angeles.

Secret Squirrel Cold Brew Coffee has done one Kickstarter project in the past for a limited edition cold brew coffee using beans sourced from Hawaii and now they’re at it again, looking to create a limited edition cold brew coffee using direct trade single origin coffee beans. The coffee beans will then be roasted by LA-based artisan small batch roaster Forge Coffee before being bottled in a 32oz, custom designed, and reusable screen printed growler. 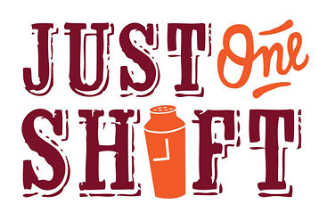