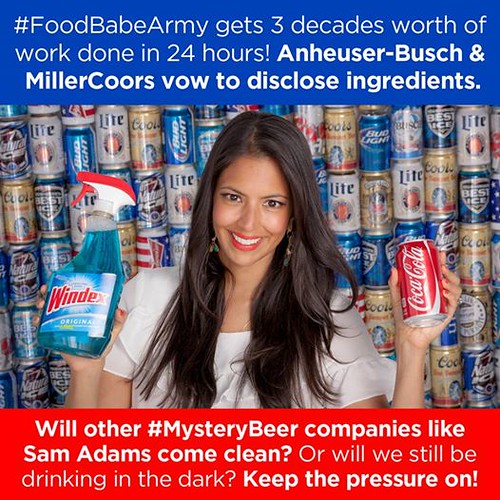 To everyone’s surprise, the Food Babe [who purposefully isn’t being linked] has just uncovered one of the greatest mysteries known to man: what exactly is in beer? In a stunning revelation that has been on everyone’s mind for three decades, she was able to figure out in just 24 hours what the secret ingredients in beer were. When the Food Babe coerced MillerCoors to divulge their secrets, I couldn’t believe what we learned, that beer is made with water, barley malt, corn, yeast and hops.

Adding credibility to her groundbreaking detective work was Alex Jones’ INFOWARS, as she went on his show two days ago demanding answers from big beer. He agreed with her investigation, saying, “Anheuser-Busch isn’t even beer, for about 15 years now it’s a chemical syrup. Folks needs to understand the reason that I don’t drink American beer anymore unless it’s from a microbrewery is because it’s not beer. You drink German or Mexican, because they follow the old brewmaster things of England and Germany.” Ah yes, those famous “old brewmaster things of England” that Mexico is so well known for strictly adhering to.

Thankfully these secrets are now out of the closet and once and for all we know exactly what is in beer…and it only took her 24 hours to figure it out. The cat is out of the bag now, MillerCoors. 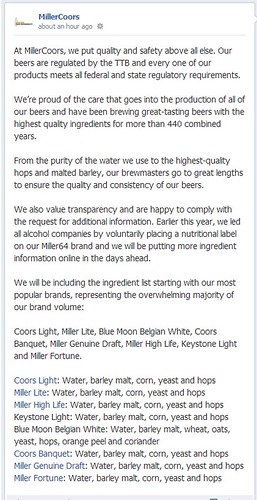 It’s shocking, I know. Next I hope she tackles the special sauce at McDonald’s or peanut butter.

For more reading on this topic, visit the here and here