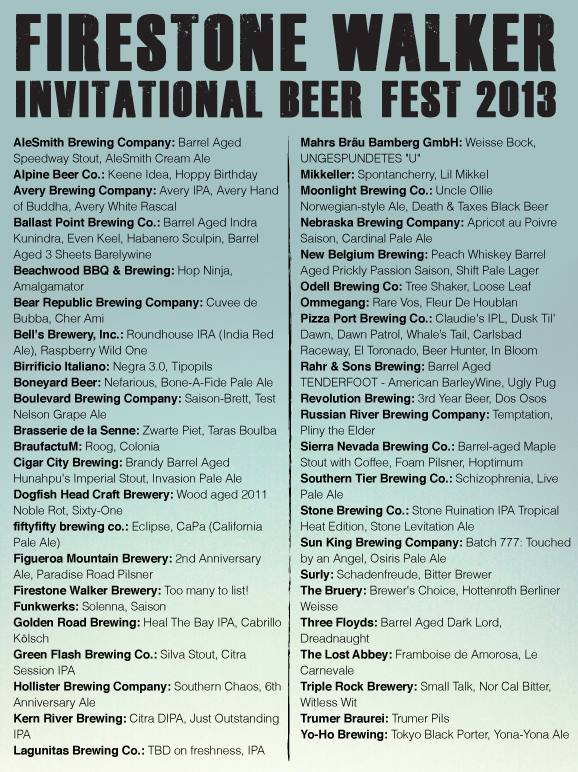 Firestone Walker Invitational Beer Fest is back! On Saturday, thousands of craft beer lovers will flock to Paso Robles to attend the sold out FWIBF. It’s an invitation only event for breweries, who if invited, must bring one session beer and one rare beer. It brings incredible beers to Central Coast California, many of which come from breweries that aren’t distributed anywhere near the West Coast, and some with incredibly rare beer (can anyone say Three Floyds Barrel Aged Dark Lord or Cigar City Brandy Barrel Aged Hunahpu’s Imperial Stout?).

Here are some tips we recommend:

If you don’t have tickets, stay tuned for next year as tickets and hotel rooms sell out fast. If you do have tickets, we’ll see you there.