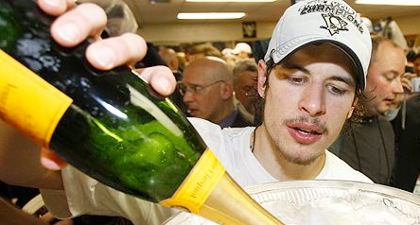 I’m gonna assume that this is Sidney Crosby pouring Veuve Clicquot into the Stanley Cup. On a similar note, I’ve turned my college diploma in its gatefold frame into a Jagermeister booze luge for one, HIYO!

It appears I lied when I said that the Stripper Beer Pong post was the only post on the countdown that included strippers (thanks Tiger!). The #4 most viewed Mutineer blog post of 2009 also includes magical fine beverage moments with Michael Jordan, Sidney Crosby, and bubbles-fearing Boston Red Sox team. 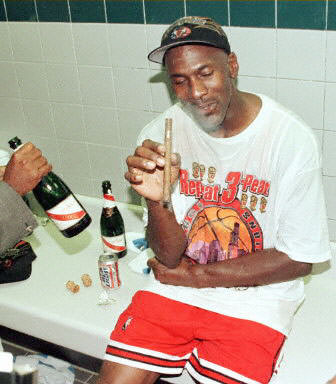 Mumm Champagne + Bud Light = How the greatest athlete of all time celebrates winning his third NBA Championship in a row. 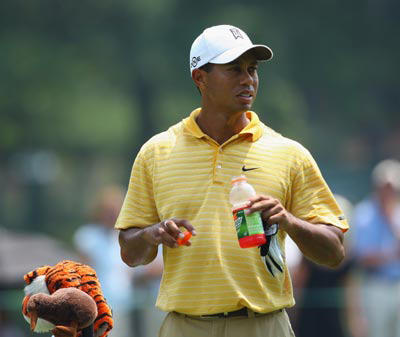 Tiger Woods gets PAID to drink delicious fine beverages, though his choice of Gatorade is puzzling. I would’ve gone with something I can’t buy for a buck, like Crystal Pepsi. 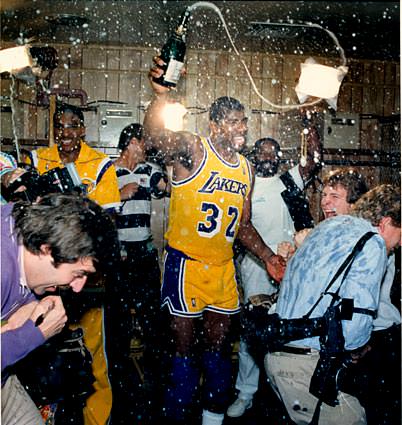 Magic Johnson isn’t celebrating anything here, he’s just thirsty and excited. The same thing happens to us Mutineers all the time… 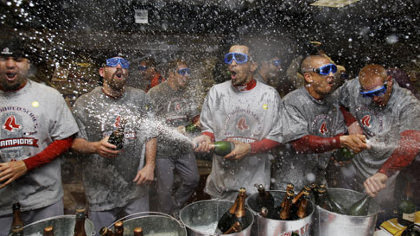 Okay, seriously, did your mom pack you goggles in case you won the World Series? That guy on the end gets it, and he probably carried the team to the title. I would try and find out who he is, but I just can’t get interested in a sport where guys get injured standing in the outfield. 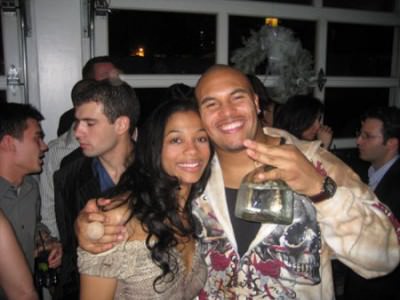 Antonio Pierce of the New York Giants drinks Patron out of the bottle. Enough said. 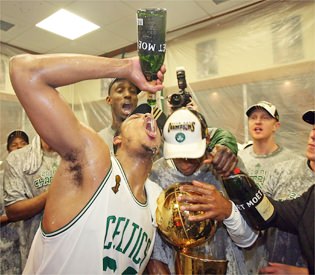 The Celtics drink Moet & Chandon while they pretend to be excited about cruising to an NBA championship with three perennial all-stars on their team. I can’t tell from this far out, but I bet they half-assed it and went with Brut Imperial.

Ben Roethlisberger of the Pittsburgh Steelers drinks…like a champion…today. Considering how he swindled Super Bowl XL away from the Seahawks, I’m not surprised he has to wear a t-shirt and hang out with drunk college women to feel like a real champion. 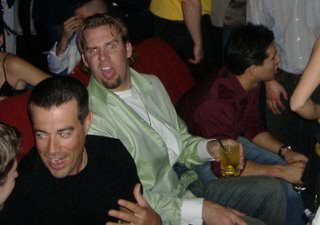 Yup, this dude is not a true champion. Would Joe Montana, Troy Aikman, or Trent Dilfer ever find themselves in a Carson Daly/Mario Lopez sandwich? HELL NO.