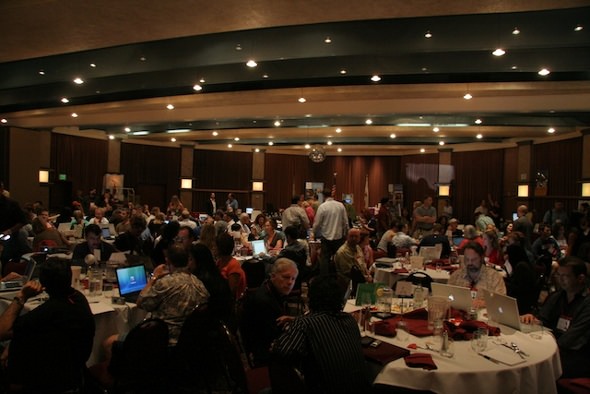 A Twitter tasting frenzy on Day 1 gets morale up. 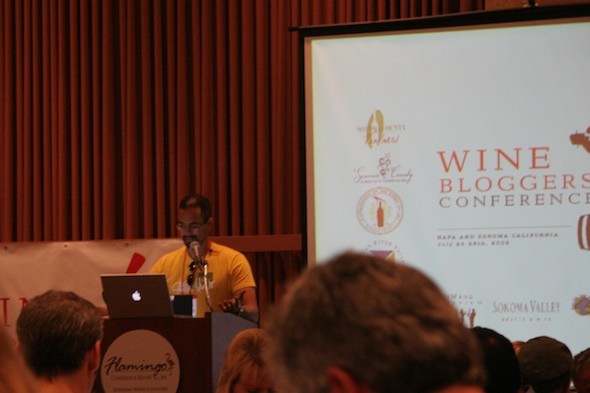 Joel Vincent, one of the visionary organizers along with the fine gentlemen at Zephyr Adventures, welcomes bloggers to the 2009 Wine Bloggers’ Conference in Santa Rosa, California. 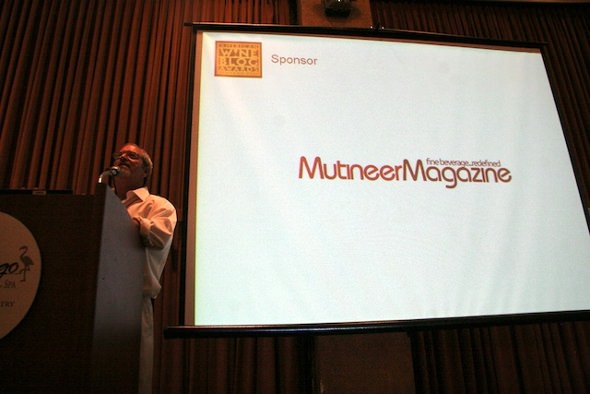 The upstanding Tom Wark showing Mutineer Magazine some love as the first print publication to publish the American Wine Blog Awards, which appeared in the April/May issue. 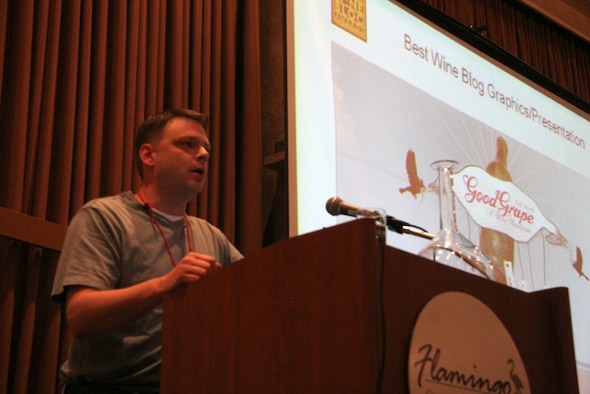 The awesome Jeff Lefevere of Good Grape accepting his well-deserved award for “Best Graphics or Presentation”. Lefevere is also the esteemed author of “The Top 10 Wine Issue That Stoke Passions, Fuel the Conversation, & Incite Debate” in the new issue of Mutineer Magazine, available on newsstands now. Check out our new issue locater for a copy near you! 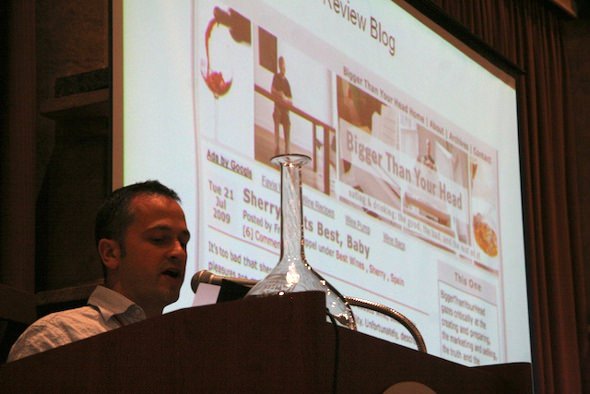 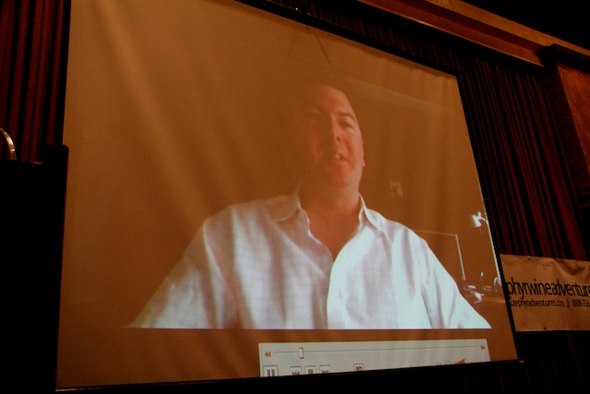 Alder Yarrow of Vinography accepted his TWO American Wine Blog Awards, “Best Wine Writing On a Blog” and “Best Overall Blog”, via a futuristic video. I’m into it… 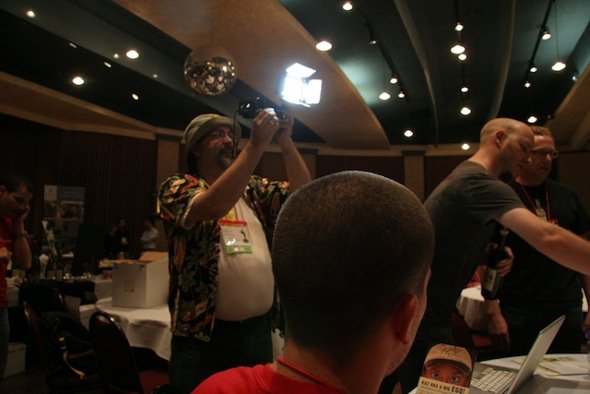 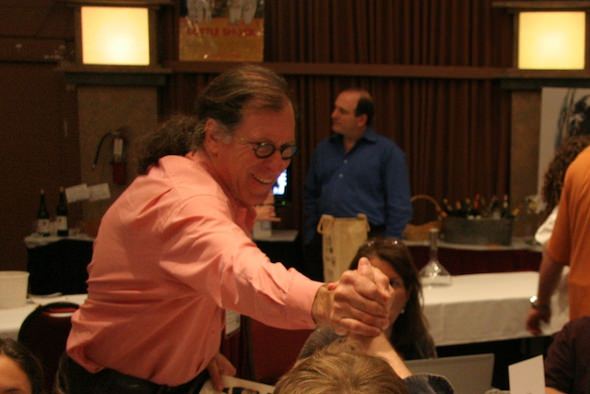 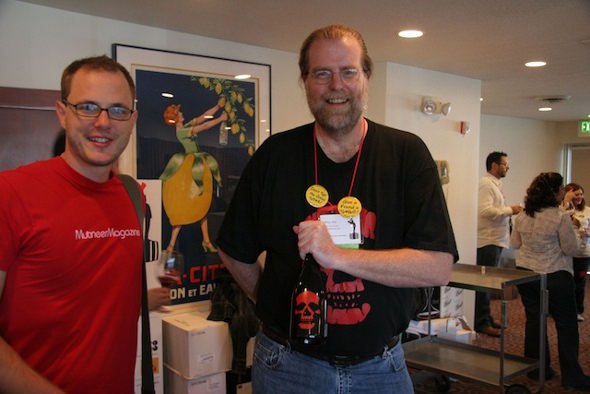 Mr. Twisted Oak himself Jeff Stai, about to enjoy a gentleman’s drink of 2007 Twisted Oak Calaveras County River of Skulls, which is 88% mourvedre and 12% syrah. 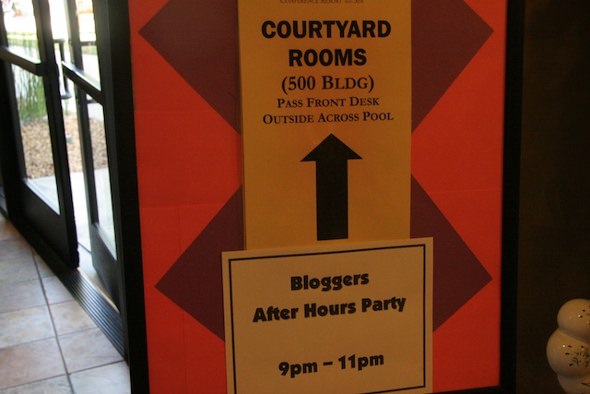 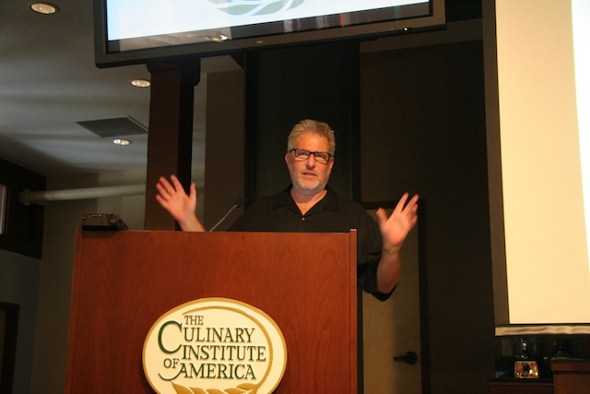 Barry Schuler, formerly of AOL and currently of Meteor Vineyard told bloggers about the future of Internet media peppered with stories of Al Gore hitting rasta highs and dead on Bill Clinton impressions… 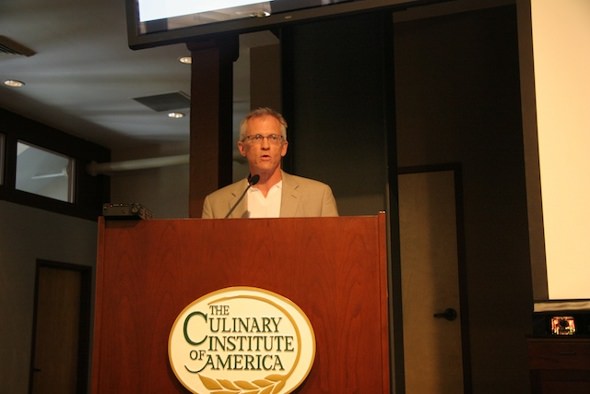 I’m pretty sure Jim Gordon of Wines & Vines considers me an arch-nemesis after I called him out during his Q&A when I asked him why his keynote presentation about “The Future of Blogging and Wine Writing” had NOTHING to do with the future of blogging and wine writing and instead was bullet point lists of wine story ideas and shameless hocking of Wines & Vines Magazine. What a bummer… 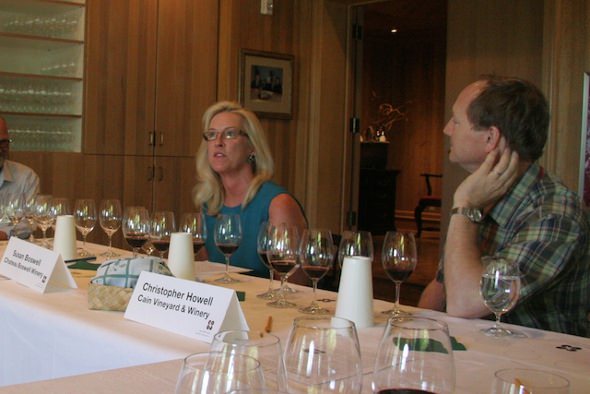 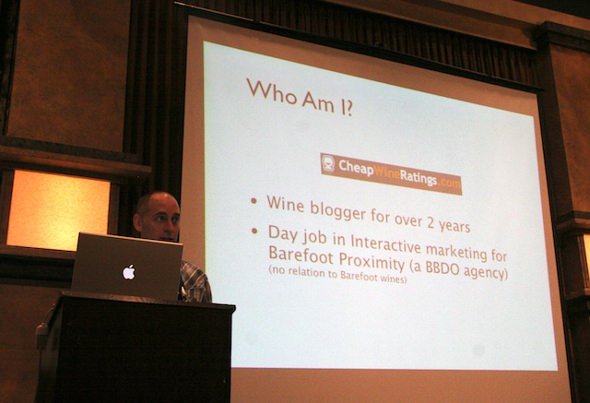 Tim Lemke of CheapWineRatings led a stellar breakout session on the monetization of blogs. 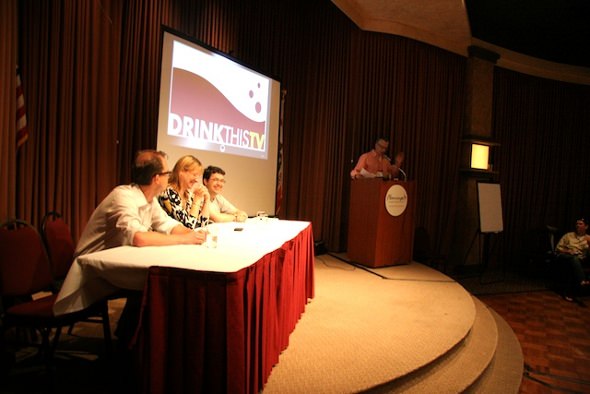 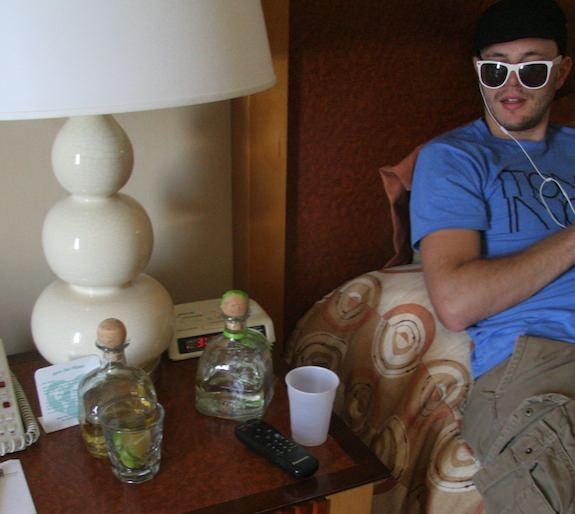 Tequila = Just what the good doctor ordered to see me through…