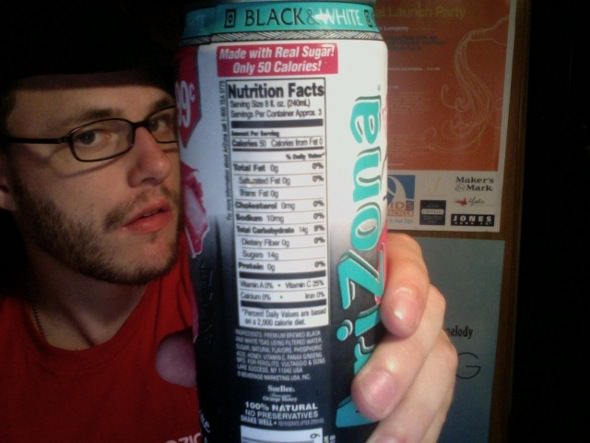 The fact that a beverage contains real sugar means that Soylent days are here indeed. Beverage producers in need of a sweetener often look to high fructose corn syrup due to its low cost, but some argue that high-fructose corn syrup brings health risks and doesn’t taste as good as real sugar. Most soda in the United States is made with HFCS, though some use cane sugar, such as Issue 4 cover story Jones Soda. Mexican Coca-Cola is made with real sugar, and I’ve always had good luck finding it at Costco or smuggling it back over the border, and of course Jones Soda finds its way into my fridge regularly.

Today I was pumped to come across Arizona Black & White Tea made with cane sugar and honey…FOR 99 CENTS. Hells ya, talk about a bold move. This stuff is delicious and dependable work fuel to see me through what are becoming later and later nights…I must stock up on for the apocolypse…