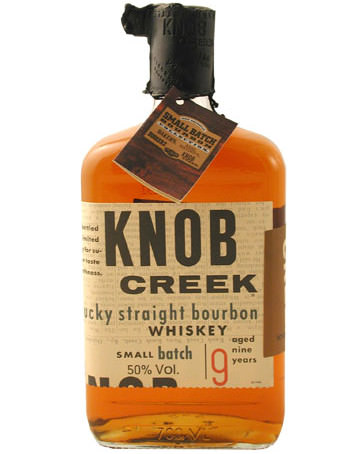 The Courier-Journal out of the Louisville, Kentucky is reporting that Knob Creek has run out of bourbon! Ye gods!

“Fans of Knob Creek bourbon may find their favorite whiskey in short supply this summer as the brand’s bottle warehouses near Clermont, Ky., are empty and the next batch of aged whiskey won’t be ready until November.

Bourbon experts say the looming shortage is somewhat unusual, although brands such as Knob Creek, which is aged for nine years, are more susceptible because their distillers must predict demand far in advance.”

Knob Creek sees a whopping nine years of aging before being released into the world, so there is little the distillery can do to cover the shortage. Being sold out is a good problem to have as far as problems go, and the distillery is embracing the situation by sending out 16,000 t-shirts to Knob Creek disciples bearing the slogan “The drought of 2009”.