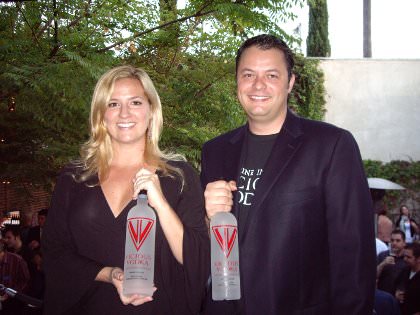 The Mutineer Magazine Launch Party hosted by Paso Creek saw a host of distilled spirits. Everything from Maker’s Mark, Vicious Vodka, Obsello Absinthe, Chivas Regal and Tequila Comisario, graced the tables as guests made their way around the venue.

Vicious Vodka
Premium caffeine infused Vicious Vodka kept everyone on his or her toes while providing the perfect spirit to mix with Red Bull and really take it up a notch.

Obsello
Esmeralda Distillery sent its Obsello Absinthe from Spain. This was the first time many of the guests had tried the green fairy and I saw many return for a second and even third taste of this now legalized spirit.

Chivas Regal
Bringing its 12-year, 18-year and the big gun 25-year-old Scotch, Chivas Regal was one you had to get to early. The 25-year Scotch was a favorite and if you didn’t make it by quick you missed out.

Tequila Comisario
Tequila Comisario had its full line up of Blanco, Reposado and Anejo tequila. This ultra premium tequila is made with 100% pure blue agave from the Highlands of Jalisco, Mexico.