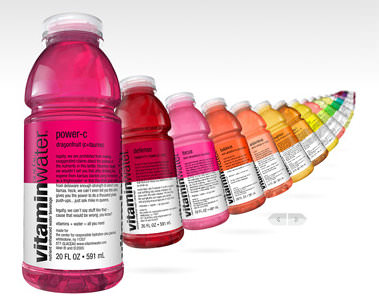 Not since the days of Joseph McCarthy have we seen a witch hunt like the one being conducted on athletes regarding banned substance use. Even the great Alex Rodriguez (who is now officially “A-Roid” according to our graphics guy and embittered Seattle Mariners fan Jordan) has fallen prey to steroid allegations.

So what does any of this have to do with fine beverage? Well, it turns out that six flavors of Coca-Cola’s Vitamin Water can result in lost eligibility for athletes to compete. The real kicker here is that, “Coca-Cola is considered an NCAA Corporate Champion, having signed an 11-year, $500 million deal in 2003.” – Reported by Advertising Age.

In classic mega-corporation style, the Advertising Age article also mentioned that, “The news came to light today after an e-mail, purportedly from Drug Free Sport, an organization that conducts drug testing for NCAA schools, found its way into the inboxes of athletic directors around the country. Drug Free Sport denied sending the e-mail and referred calls to the NCAA. NCAA officials could not be reached for comment.”

So apparently it works like this: The NCAA gets the $500 million, Vitamin Water gets the marketing, and the NCAA athletes get…duped into drinking banned substances???