Starbucks To Release Instant Coffee; In Other News, Folgers Has No Plans To Open Coffee Shops 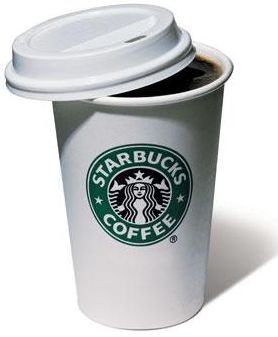 Emily Bryson York and Jeremy Mullman of Advertising Age are reporting that “Premium java giant Starbucks is venturing into what some would consider lowbrow territory with a soluble-coffee product called Via, according to three executives familiar with the matter”. Lowbrow territory is not unfamiliar to Starbucks CEO Howard Shultz, who wrote the textbook on lowbrow moves by selling the Seattle Sonics basketball team to a cold-blooded ownership group from Oklahoma, who, to the surprise of no one, moved the Seattle team to Oklahoma (who are currently enjoying a dismal 13-40 season).

The best I can gather, “Via” is going to be something like Folgers, except more expensive and in futuristic green packaging. The Advertising Age report goes on to say, “Although the new product seems well-positioned for the current economy in which premium-priced coffee can be a tough sell, Via is not just a sign of the times. The instant product has been many years in the making and is designed to mimic the taste of store-bought Starbucks — the point the company is expected to make in its marketing for the brand.” Stay tuned for more…