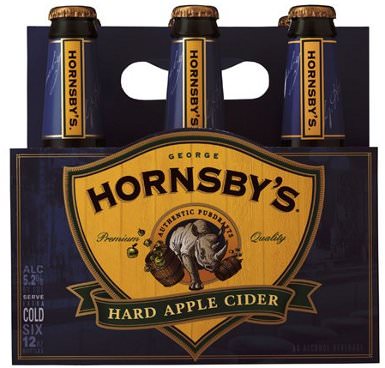 It has been years since I had a Hornsby’s Hard Cider. To be honest I really thought that I just wasn’t cut out to enjoy hard cider, my palate responds to savory much better than sweet. All that said, I am willing to give almost anything a second chance so I opened a Hornsby’s Crisp Apple and poured it into a beer chalice. The moment I put my nose to the glass I knew this was a cider for me. It smells like an orchard of warm ripe apples basking in the sun the sweet scent wafting through the trees. The smell is great, but the taste is even better; super crisp, lots of apple flavor and yet very light on the palate with none of the stickiness that I usually associate with cider. The sweetness is balanced by what tastes like bitterness from the skin of the apple and works very well. Overall I would say I was very impressed with the quality of Hornsby’s Crisp Apple and would recommend it to anyone as a change from the norm.