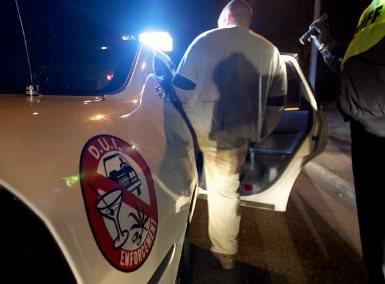 This one has been out for a few years now, but with the holidays coming up this may be something to keep in mind. If you get pulled over for a routine traffic stop these holidays you may think nothing is out of the ordinary. Perhaps not, but police have been employing the use of alcohol detecting flashlights more frequently.

The P.A.S. IV Passive Alcohol Sensor or “The Sniffer” as it is called, contains a pump that when activated will such air out of your car. The air is then processed by an electrochemical fuel sensor which is especially designed for detecting alcohol molecules in the air. So, what does this mean for you?

If you have been drinking and you come across one of these little guys, you may be in a bit of trouble. However, the device does have some inherent flaws. If you have passengers in the car that have been consuming alcohol then the device will pick it up and you might get questioned for it. If you use mouthwash, cologne, have spilled or broken a bottle/case in your car, “the sniffer” will pick up the scent. Because of this, many people feel that this tool is an unfair device for predicting if a driver is drunk or not. You may be required to take a field sobriety test or breathalyzer even if you have not consumed any alcohol.

So what do you think out there? Do you think that this device is fair/unfair, and should it be employed as a tool of law enforcement?