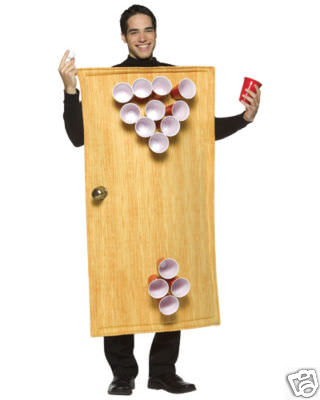 This costume is a great conversation starter, just beware of one thing: Stay away from balls. Any kind of balls. Anything even remotely resembling a sphere that can be launched will be thrown at you with a vengeance. This will be hilarious the first time, but when the first golf ball hits you in the cheekbone, you will quickly lose your sense of humor.

Now with this risk is reward, because if you possess the ability to embarrass yourself by making crude jokes as pickup lines, you’ve found your costume. “Have you seen my balls?” Yes, the golf balls have been replaced by fists. If you play it cool though, this costume is full of potential.

Want to buy it?