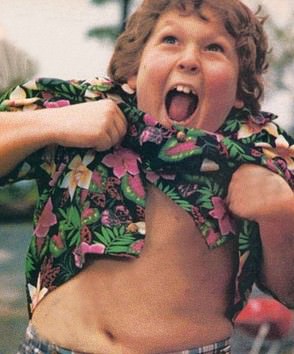 The number one killer of Americans today is heart disease from obesity. So, when a mutineer talks about being fat it’s not a laughing matter… Okay, maybe the “truffle shuffle” is a laughing matter, but Jeff Cohen’s childhood obesity is merely a rare exception. Suffice it to say that us Californians undoubtedly place a heavy emphasis on staying light.

In his study on the correlation between body mass index and alcohol intake, Dr. Breslow—an epidemiologist who works for the National Institute on Alcohol Abuse and Alcoholism—stated that alcohol is “a significant source of calories, and drinking may stimulate eating, particularly in social settings.” He warns, “even infrequent alcohol-related overeating could lead to weight gain over time.”

It should be noted that any alcoholic beverage, when consumed in an insensible and abusive manner, has the potential to be detrimental to a slender figure. Jagermeister is surprisingly not on this list, but that doesn’t mean the “Totally Freakin’ Jack Up Your Abs With Extreme Jagerbombs! Diet” will be the latest trend this summer.

But fear not! In my studies, I’ve located the most blameworthy beer-belly builders on the market as published by the Consumer Federation of America. The nutritional facts for the nation’s highest selling and most caloricious alcoholic beverages are one phat booty drop away. These figures are per serving size.

Flavored malt beverages are the definite super-villains of this story, as they are shamelessly pumped full of high fructose corn sweeteners and other evil “who-knows-what-they-do chemicals.” I wouldn’t be surprised to find aspartame (link) abundantly dispersed throughout those seemingly fun, summer drinks.

I won’t preach about diet and exercise or about the merits of avoiding bad habits like “binge drinking” and “beer munchies,” as my lifestyle is a testament to the old adage that many of life’s finer enjoyments are illegal, immoral, or fattening. Since, many published studies state that moderate alcohol intake is actually healthier than either abstinence or alcohol-abuse, my parting advice is to keep the Jagerbomb count BELOW six per night.