10 Reasons Why 7-Eleven is Epic 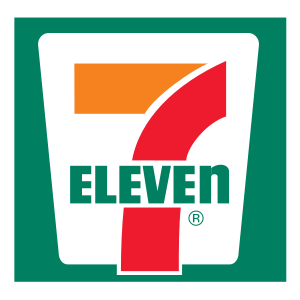 7-Eleven is an American Institution, and being that today is, well, 7/11, we pay homage by exploring what this corner store phenomenon is all about.

7-Eleven was started in 1927 at the Southland Ice Company in Dallas, Texas. Convenience items were sold with the ice when traditional grocery stores were closed. This original concept was well received, and it grew into 7-Eleven’s 34,200 stores operating today with a worldwide sales of 46.6 billion in 2007.

So, back to the original mission: 10 Reasons Why 7-Eleven is Epic:

10. 7-Eleven was the first convenience store to operate 24 hours a day.

8. 7-Eleven was the first convenience store to have a self-serve soda fountain and offer super-size fountain drinks.

7. 7-Eleven was the first convenience store to give customers the choice of Coke or Pepsi.

6. 7-Eleven sells 60 million donuts and pastries in a year.

5. 7-Eleven sells 56 million hot dogs a year, the most of any retailer in America.

2. Approx. 6 billion Slurpees have been sold since being introduced.