Vodka Is The Easy Way Out… 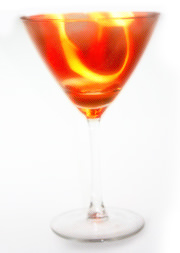 I drink a lot of vodka, so don’t get me wrong.   It has its place.   Lately though, I’ve been exploring cocktails that don’t use vodka.  My  thought behind this is that vodka is really good at one thing: getting  people very drunk, very quickly.  Vodka is defined as a tasteless,  odorless spirit.  So, with exception to the alcohol, it really isn’t adding much to your cocktail.  It’s like alcoholic water, which again,  has its place.  Why not use a spirit that will add complexity and  flavors to your cocktail?

Gin is not a go-to-spirit for a lot of  people, but when used correctly, it can be amazing.  I had a “blackberry bramble” the other night, and it was made with gin,  freshly muddled blackberries, and Chambord (a raspberry  liqueur).  The gin added an herbal element that worked beautifully  with the berry elements.  Rum, bourbon, and tequila can also be used  to add depth to drinks, along with a multitude of other spirits out  there.

On an ending note, why in the hell would anyone ever order a  vodka martini?  It’s a big, cold glass of vodka (a lot of bartenders don’t even add vermouth anymore).  It’s like drinking water with the burn of gasoline, mmm…